You are here: Home > Citizen Science

Photo: Fun for all the family! Residents of Charlton in the London borough of Greenwich install diffusion tubes for measuring air pollution. (2017)

We have a programme of citizen science for communities to measure air pollution in their neighborhood. We provide information, support and resources for groups to carry out their citizen science projects. These projects encourage participation in civil society, create knowledge, and build capacity in communities.

Citizen science allows people to explore their environment, discover things about it and also about science too. We measure the levels of nitrogen dioxide air pollution in these citizen science projects. Gas diffusion tubes are used which are also used by many local authorities in the UK and elsewhere. The main source of nitrogen dioxide pollution in most urban environments is vehicle emissions especially from diesel combustion engines.

We publish a short guide to using gas diffusion tubes (PDF) which is intended for groups undertaking projects with us but maybe of interest to others.

In 2021, we're continuing with our citizen science programme. If you'd be interested in one where you live then please contact us.

In 2019, we worked with two groups of citizen scientists: The Red Ballon School, Harrow, North-west London - a follow-up study from the previous year; and Glastonbury Town Council, Somerset - the third annual study which they'd undertaken.

Some of the groups with which we've worked in 2018:

In 2017, we worked with several community groups:

Photo: [left photo] Residents of Camden in London starting a citizen science programme in June 2016. Initially, they decide where to install diffusion tubes for measuring air pollution and mark it on a map, and then they put them up. [right photo] Elena demonstrates how easy it is! (Note: CAM005 is the designation of the diffusion tube shown.)

In 2016, we worked with several community groups and individuals: 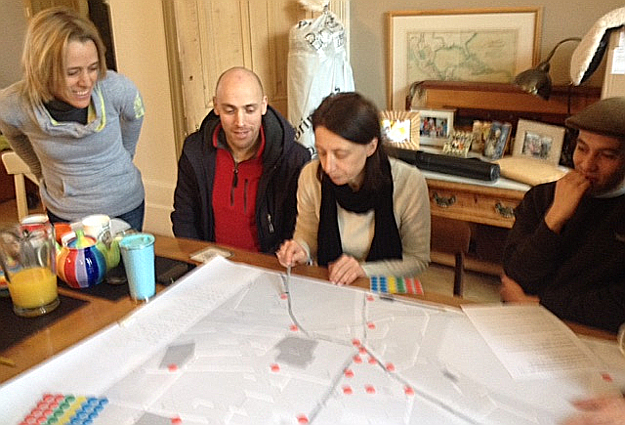 Photo: It starts with a plan! Residents of Lewisham in London started a citizen science programme in January 2015. Initially, they decide where to install diffusion tubes for measuring air pollution.

In 2015, we worked with several community groups: 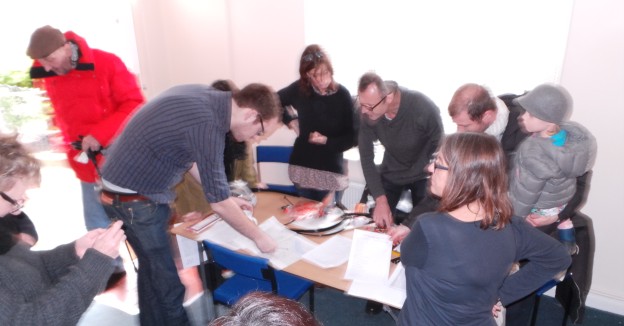 Photo: All a whirl! Members of Deptford Heart at the Pink Palace community centre, organise the installation of diffusion tubes for measuring air pollution, February 2014. Photo by Brenda Dacres.

In 2014, we worked with two groups in London: one in the borough of Greenwich (No to Silvertown Tunnel), and the other in Deptford - borough of Lewisham (Don't Dump on Deptford Heart).

Read more about the studies by the Greenwich and Deptford groups 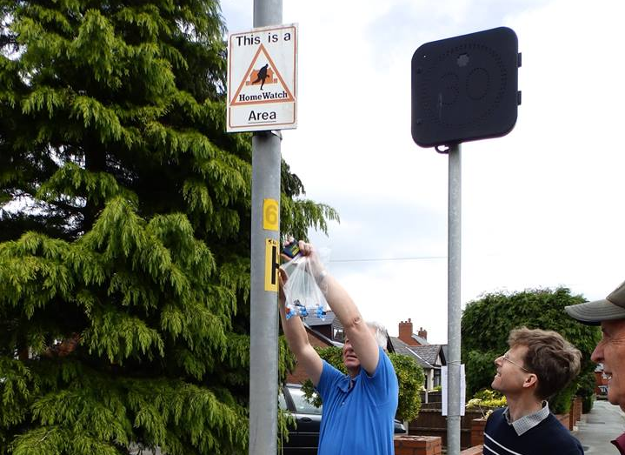 Outside of London, we worked with a group in Standish, Wigan (Stop the Almond Brook Link Road).

Read more about the study in Standish, Wigan

This citizen science programme started in April 2013 with communities of place - inside and outside London, and communities of interest - owners of the Air Quality Egg (a digital air pollution monitor), and shops owned by Lush.