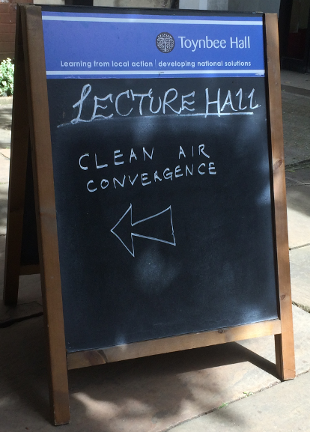 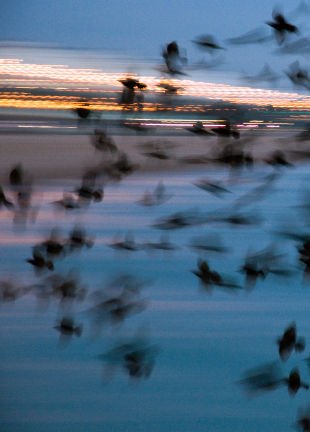 The Clean Air Convergence was held at Toynbee Hall in East London on 4 July 2015. It was a networking event with an emphasis on participation. Last image shows starlings converging - used in the Convergence publicity materials (photo: James Oliver under license CC BY-NC-SA 2.0)

The Clean Air Convergence was held in the Lecture Hall at Toynbee Hall, East London on Saturday 4 July 2015. The 'unconference' format of the event allowed the attendees to set the agenda. They could give a presentation, convenue a discussion or creative session, and share skills, experience and knowledge. Indeed, do whatever they wanted - within reason. The intention was to allow the outcome of the day to be set by those attending. To use a analogy with dancing - it was improvised and not choreographed, and the aim was to maximise participation.

The following presentations were given:

The Convergence ended at 3pm - a few hours earlier than advertised. Dan McQuillan who co-ordinates a citizen science project in Kosovo to measure air pollution, told us about the project before we left. Find out more about Citizen Science Kosovo, and see the mind-map which Dan had prepared for the Convergence. Details

Where were they from? 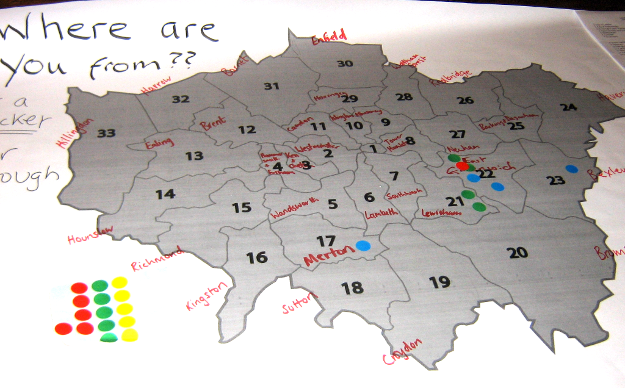 Participants to the Convergence mostly came from London, as the dots indicate on this map.

How did the Convergence work? 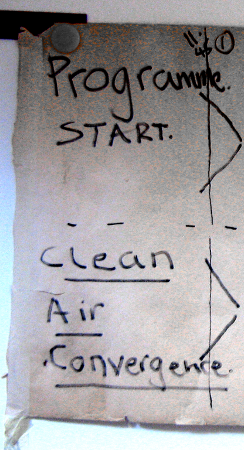 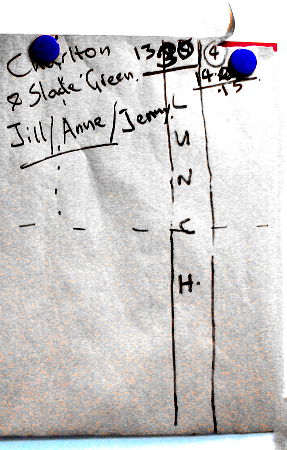 The programme The timetable of events for the day was set by the attendees at its start, and written onto a wall chart at the convergence venue.

You can see the invitation and the guidance for the event - given to attendees on the day - below. The convenvor - Andrew Wood who co-ordinates Network for Clean Air, facilitated the event but the attendees created the outcome. There were two spaces - one with a screen, laptop, data projector, flip chart and chairs, and another with just a flip chart and chairs. Both spaces could be re-organised, and other stationary and materials were provided. At the start of the Convergence then a programme was constructed with the participants, to timetable the two spaces. However, only one of the two spaces were used, as shown in the programme above.